San Francisco, CA (5/15/13) Genetic testing showed that Angelina Jolie had an 87% chance of getting breast cancer. So Jolie had both breasts removed in a double mastectomy to prevent it. In a New York Times Op-Ed piece on May 14, 2013, she expressed a wish for all women with a family history of the disease: “It is my hope that they, too, will be able to get gene tested. If they have a high risk they, too, will know that they have strong options.” 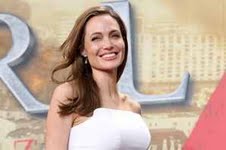 Genetic testing was once something only movie stars could afford. But prices have come down so much in recent years that almost everyone can afford it, according to Dr. Stephen Shrewsbury. He recently wrote the book, Defy Your DNA: How the New Gene Patch Personalized Medicines Will Help You Overcome Your Greatest Health Challenges (10 Finger Press/2013). Shrewsbury says that a number of companies make gene testing easy and affordable. “They send you a simple spit test kit. They then test the cells in your spit for as many as 200 traits, including for breast cancer” he says. “If your test shows you have a higher risk of breast cancer, you should consider further testing for the BRCA1 and 2 genes, as Angelina Jolie did.”

Companies like Genetics Testing Laboratory (www.gtldna.com) of Las Cruces, New Mexico and 23andMe of Mountain View, California let you know your risk for a wide variety of diseases, including breast cancer, diabetes, other cancers, heart disease and Alzheimer’s. The cost of testing for all of these at Genetics Testing Laboratory is $285 (reduced by 30% with a special discount voucher available to those who buy one of the first 1000 copies of Defy Your DNA).

“In some cases,” says Shrewsbury, “the test can put your mind at ease. In others, especially in terms of Alzheimer’s and heart disease, it can encourage you to make changes to lower your risks.”

Jolie’s mother died at age 56 after a ten-year long battle with cancer. Jolie had the mastectomy done in part for her children’s peace of mind.

In his book, Shrewsbury says that there are already medicines being developed so that in future surgery won’t be needed. Instead of a mastectomy, a gene patch medicine (an oligonucleotide) can be given. “These new personalized medicines will patch or fix the genetic defects that cause breast cancer. When they’re finally approved, women won’t have to have surgery in order to remain healthy.”

Supreme Court Ruling on Gene Patents Will Speed Up Oligonucleotides Revolution in Health Care. That is According to Author of New Gene Patch Medicine (Oligonucleotides) Book

On June 13, 2013, the United States Supreme Court ruled that naturally occurring human genes can’t be patented. The decision should encourage researchers to move forward with potentially life-saving genetic testing for a variety of diseases.

Dr. Stephen B. Shrewsbury says that the decoding of the human genome has led to the discovery of dozens of new medicines that may prevent or treat genetic disease. Shrewsbury has just published Defy Your DNA: How the New Gene Patch Personalized Medicines Will Help You Overcome Your Greatest Health Challenges. Called oligos, oligomers or oligonucleotides, these medicines are nicknamed gene patches. Shrewsbury says “these gene patches act like computer software patches. They fix the faulty message that comes from a damaged pieces of genetic code. If those faulty genes were patented, it would make it more difficult for researchers to develop these patches”.

Dr. Shrewsbury adds: “This new type of drug has the potential to stop everything from cancer and diabetes to rare diseases like muscular dystrophy and sickle cell anemia. These medicines will revolutionize healthcare. They may be the greatest medical breakthrough since penicillin.”

Shrewsbury predicts blockbuster drugs will be replaced in future by personalized medicines. These very accurate gene patches will be very precise and personal to you and your disease. In the more distant future, gene patch therapy will be superseded by gene replacement therapy. Then new genes may be inserted while removing damaged ones.

The Supreme Court ruled that patents owned by Salt Lake City-based Myriad Genetics were void. The court noted that the patents covered DNA isolated from the human body. The court said that was different from synthetic DNA being created in a lab. Justice Clarence Thomas wrote: “We hold that a naturally occurring DNA segment is a product of nature. It is not patent eligible merely because it has been isolated.”

This ruling is a win-win for both Oligonucleotides researchers and patients alike, believes Dr. Shrewsbury. The ruling will help medical research on drugs such as those described in Defy Your DNA. “A big benefit with this new type of gene patch (oligo) medicine is that the development program should take less time,” he says. He also believes costs of genetic profile testing will become more affordable for the average family. Together genetic testing and gene patch medicines (oligos) will lead to a brave new medical world.

“In the not too distant future, when a child is born, they’ll be required to have two documents: a birth certificate and a map of their DNA” added Shrewsbury. “From birth we will know what diseases we run greater risks of getting, how to better avoid them or when to start focused testing for their early detection.

The overall focus of medicine is a concept that has been highly structured for several decades. Many modern day physicians now offer personalized approaches to help fight their patient’s illness. New waves of alternative drugs have been able to effectively target patients with specific needs. Ultimately, these new “personalized drugs” can potentially pose a threat to the thousands of mainstream drugs available today. New DNA-based drugs focus on providing a more effective solution to overcoming and preventing rare diseases. These drugs are the new gene patch medicines.

Dr. Stephen B. Shrewsbury, MD is the author of Defy Your DNA. One of Dr. Shrewsbury’s many goals in writing this book is to provide hope to those faced with a rare genetic disease. Throughout the book, he discusses the introduction of various “gene-patch” medicines. These gene patch therapies will be able to help thousands of Americans identify and prevent diseases before they become ill.

Defy Your DNA offers insight to how specialized drugs can patch up mistakes located in our DNA. The rare diseases that can be adverted include Muscular Dystrophy and Lou Gehrig’s disease. It is reported that these medications will also be able to tackle cancer, asthma and high cholesterol. Shrewsbury is paving the way for a more direct and targeted approach to becoming familiar with your DNA as well as offering a solution to health issues that were previously recognized as terminal.

Shrewsbury has dedicated the book to those who have previously participated in a drug study of some sort. He recognizes that without these brave individuals, new drugs or advances in pharmaceuticals would not be possible. Defy Your DNA begins by discussing the evolution of medicine and where it stands now. Dr. Shrewsbury makes note of how generalized medicine has shifted into a more personal approach.

One of the most interesting chapters would have to be “New Drugs for Bad Bugs” which further explains how new medicines will block harmful viruses. Today, Dr. Shrewsbury has established Shrewd Consulting LLC which encourages and advises biotechnology and biopharmaceutical companies who also seek to develop new drugs which will combat genetic disorders.

Three main ways on how gene patches will revolutionize medicine, include:

“A number of these drugs currently in research could be submitted to the FDA for final approval in the next year” says Shrewsbury. “A big benefit with this new type of medicine is that the early phase of drug development before clinical trials start takes less time, in some cases, days instead of years. These medications will literally revolutionize healthcare.”